LeapAnalysis is a new approach to Data Integration and Analysis because we thought about the challenge differently. 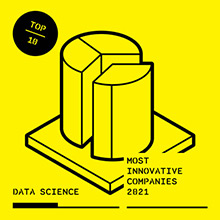 LeapAnalysis is proud to be listed as the No. 3 Most Innovative Data Science Company In The World by Fast Co. Magazine.
read more

The idea for LeapAnalysis goes back several years, when Dr. Eric Little (Co-Founder & CEO) was working in semantics for big data applications. Dr. Little recognized that while semantic technologies provided a significant amount of intelligence to one’s data, those technologies had real problems scaling to what enterprises really needed. Most semantic systems, to this day, still face major scalability challenges. During this period, the Big Data wave was forming and everyone was looking to NoSQL, Hadoop!, etc. to provide the answers they needed. While those technologies showed promise for holding massive amounts of data, in a wide variety of forms, they were not easy to query or run analytics against. This had to do with the problems of Big Data systems (later usually referred to as Data Lakes) were schemaless in nature, meaning you had to know in advance how to connect data, or you had to put that schema in place during query time (often called “schema on read’).

After working in this space for some time and hitting a lot of walls in performance and transition of data sets for new business purposes, Dr. Little came to the conclusion that what was needed was a means to connect the “smarts” of semantic technologies with the “brawn” of Big Data technologies. But, again, this proved to be no easy or straightforward solution. Getting graph-based semantic systems to play nicely with large tabular databases at high scale proved very challenging.

Then Dr. Little and his team decided to bring in another new technology that was emerging – virtualization. Using virtualization, one did not need to transform data from tabular versions, flat files, etc. into graphs (which was complicated to do). One also did not need to employ sub-standard and under-performant mapping technologies like D2RQ or R2RML. Now there was a new way to connect data from sources directly to a common reference model (an ontology, an E-R diagram, etc.) using powerful data connectors. Data could be traversed using a proprietary translation mechanism that the team created in a few months, allowing any kind of data to be interrogated and utilized by a data model directly. Results could be brought forth and pushed into powerful analytics toolsets to provide users with unprecedented capabilities for ad hoc search and analysis of their data – no matter the type, format or where it was located.

The team quickly added in other data sets we had experience using like Natural Language Processing for text documents and unstructured data, flat file systems (CSV, S3, Excel, etc.), image data sources, and even videos. Everything could be queried from a common engine and it could be scaled up horizontally to meet the needs of enterprise customers, no matter how big they were.

Data Sources stay in place – no heavy ETL or data migration needed and no copies of data are created – with LeapAnalysis you “Embrace Your Data Silos.”

Meaning and context of data is captured in powerful knowledge graphs that provide multiple perspectives for users.

Are you ready for AI?

We’re excited to show what LeapAnalysis can do for your business.